The West Coast Heritage Centre is open every single day (Monday-Sunday) from 9.30am through to 4.30pm, except Closed Good Friday and Christmas Day.

GENERAL ENTRY
A General Entry Pass is valid for entry for one day and includes;
• A visitor guide with a map of the Centre,
• Access to historic buildings such as; School of Mines and Metallurgy, Zeehan Police Station and Courthouse, Zeehan Post Office, and Gaiety Theatre and Grand Hotel,
• Access to over 30 exhibits, and
• Fun experiences to be had for all ages such as; exploring the mining relics in our yard area, experience what an underground mine was like in our Crocoite Cavern and see minerals and rocks of every size, shape and colour imaginable in our World Class Mineral Galleries. You can climb aboard our historic trains, stroll through the region’s history in our photographic galleries, watch Edwardian films in the majestic Gaiety Theatre, act out a scene in our Court house or take a peek into the somewhat secretive society of Freemason’s in our Masonic Lodge display.

Included in your entry fee is access to the Gaiety Theatre. Films play on rotation during the day and include the following:

“Jewelled Nights”
See Louise Lovely flee to the wilds of Tasmania… disguised as a boy!
In 1925 Hollywood came to the west coast to shoot the love story of a social butterfly who flees to the wilds of Tasmania disguised as a boy. Australian-born Hollywood starlet Louise Lovely starred as Elaine/’Dick’. Most of this silent black and white film has been lost but, by an imaginative re-working of the surviving footage combined with set photographs, the film (and the remarkable story of the making of the film) has been brought back to life again. This show also presents the documentary “Pursuit of the Noble Metal” (2010) about osmiridium mining and an Actuality (documentary-style) film showing England’s coal miners “Black Coal” (1910).

“The Story of the Kelly Gang”
See Ned Kelly captured in the world’s first feature film
The Avatar film of its day, this Australian film invented the Bushranger/western film genre. Shown in the Gaiety in 1907, but like so many silent-era films, subsequently lost, this fragmentary version, restored by Australia’s National Film and Sound Archive, includes special effects that recreate the film’s original live presentation. Note: critics complained the film had too many sound effects. The session also presents “Stop Thief!” a 2010 “Zeehanights” documentary with a thieving theme.

Pre-purchase your tickets online now ahead of coming to the centre.

Upon arrival at the West Coast Heritage Centre in the Main Street Zeehan, you are greeted with the sight of the 1890’s streetscape and the impressive locomotives sitting under cover. Once you enter through the double doors of the school of mines you are able to step back in time to experience the regions past.

Traditional museum galleries are contained within the School of Mines buildings showcasing the history of the West Coast.

Find out more about visiting the centre, as well as information for larger groups (including schools) and disabled access to the centre.

How big is the West Coast Heritage Centre?
The Centre encompasses a total of seven hectares housing over 30 themed displays and exhibits.
How much time does it take to see the Centre?
We recommend that you allow at least one hour to visit all of the exhibits and galleries. Your General Admission Entry is valid for the whole day though, so you can take longer if you wish.
What should I wear?
We recommend covered-in sturdy shoes for safety and comfort. As the Centre can become cold in winter we recommend wearing warm clothing. Please bring clothing appropriate to the season and be prepared for sudden changes in the weather. In case of rain, umbrellas are available for visitors to use (as access between buildings is not undercover).
What's the weather like at Zeehan?
Zeehan is located in a temperate climate. In winter a warm jumper, and a raincoat, or jacket is recommended. In summertime hats and sunscreen is recommended.
Are there any special requirements for school groups?
The West Coast Heritage Centre is an excellent venue for school excursions. Students are able to learn and explore the unique history of the West Coast region through our exhibits. The West Coast Heritage Centre reveals themes of geology, precious minerals and metals, mining technologies past and present, mining culture and language, and the lives of the pioneering women and men.

To ensure student safety and the safety of the collection, supervision is paramount.

All group visits to the Centre must be booked in advance. This enables us to schedule groups throughout the day, thereby avoiding overcrowding. Our minimum student-to-adult-supervision ratio is 10:1. Teachers must adequately supervise students at all times whilst on site.

Guided tours are available by prior arrangement or you can visit the West Coast Heritage Centre as a self-guided group.

Are there any special requirements for large groups (that aren't school groups)?
The West Coast Heritage Centre is an excellent platform for tour guides to deliver self-guided tours. West Coast Heritage Staff provide a brief welcome and introduction; afterwards groups are free to explore the complex.
Guided tours are available by prior arrangement.

Is there Disability Access or allowances for people with Special Needs?
We aim to provide a friendly accessible environment for all visitors and the widest possible access to all the museum buildings and amenities. If you have a disability and require a companion to accompany you during your visit, your companion will receive free entry upon presentation of your companion card. We accept companion cards from all states & territories.

Centre Access
Access to the Centre for those in wheelchairs can be gained via the gate at the train yard.

Gallery and Exhibition Access
All galleries located on the ground level are accessible. Galleries 8 through to 14 are not accessible to those in wheelchairs. Our yard area contains ramps and pathways to enable access to our outside exhibits.

Accessible Toilets
Wheelchair accessible toilets are located within the Centre.

Take a couple of days or more to immerse yourself in all the experiences available in Zeehan. Choose your preferred style of accommodation, including miner’s cottage, motels, hotels and cabins, enjoy the variety of dining options available and experience all the West Coast has to offer. Click here to find out more. 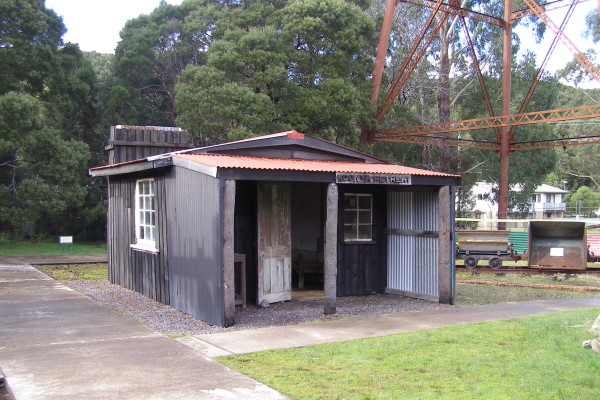 Your ticket for the: Plan Your Visit

This is a demo store for testing purposes — no orders shall be fulfilled. Dismiss